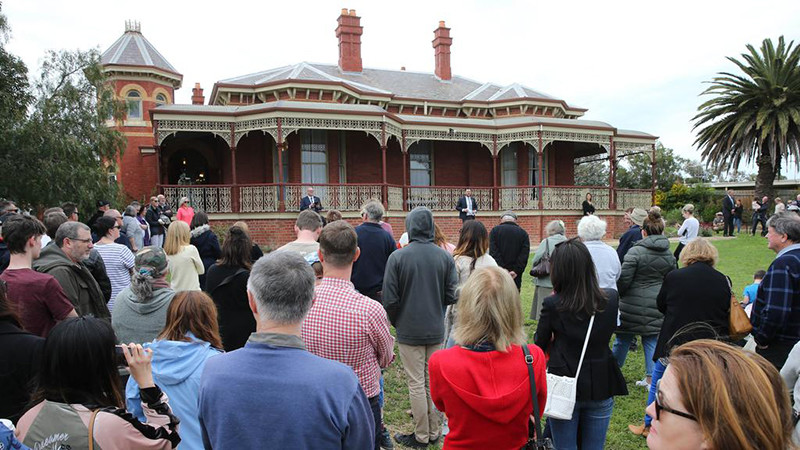 There’s been a lot of talk in the media about the issue of underquoting. It’s a perennial topic that always rears its head when the market starts to rise – generating heated debate across the real estate industry.

While there are many contrasting views and opinions on the issue, it often becomes a circular debate like the chicken or egg scenario.

As we’ll discuss, both sides of the debate have merit.

The rules as they stand

Consumer Affairs Victoria defines underquoting as, when a property is advertised at a price that:

It’s not exactly water tight and leaves room for interpretation.

In recent years we’ve seen Victoria introduce extra steps in an attempt to prevent underquoting, with what’s known as a Statement of Information.

The Statement of Information must include:

While these rules do provide solid foundations, they don’t manage to cover off the fast moving market dynamics currently at play.

Under the rules, if the home for sale is in the Melbourne metropolitan area, a comparable property must be of a similar standard or condition; be sold in the last six months, and be within two kilometres of the home for sale.

However, with the capital growth rates being experienced recently in Melbourne, many of the sales are likely to be out of date within weeks, let alone towards the end of the six month period.

Meanwhile, outside the Melbourne metropolitan area, a comparable property must have been sold in the last 18 months and be within five kilometres of the home for sale.

Many parts of regional Victoria have seen rapid and unprecedented growth over the past several years, meaning the value of properties sold more than eight months ago will most likely no longer hold relevance.

That’s particularly the case in high growth regional centres, such as Ballarat, Bendigo and Geelong.

Buying a property and spending hundreds of thousands, if not millions of dollars can be an emotionally and financially stressful experience.

It can lend itself to false hope. Buyers see a property advertised at a particular price, become emotionally attached to it, only to find out post-auction, they were never a chance.

Often these buyers look at the comparable sales, not realising they are more often than not used by an agent to justify a quote range, rather than a likely indication of the end sale price.

As mentioned, the comparable sales must be similar to the subject property.

However, it’s certainly in the eye of the beholder and what an agent may consider to be comparable, can differ significantly from outside expectations.

The process can be quite daunting and overwhelming for the uninitiated buyer, particularly once building inspection and conveyancing fees begin to rack up for multiple missed properties.

From a buyer’s perspective, it’s important to remember the agent is there to facilitate the sale, and represent the interests of the vendor, not the potential purchaser.

An advertised price range should be treated as a starting point, not the end point.

Buyers must instead take the time to understand the underlying dynamics of property valuation.

Research is key. Buyers must familiarise themselves with comparable sales, many of which are now available free and online, as compared to trawling through past newspaper editions as was the case in years gone by.

Meanwhile, buyers need to get a feel for each property as an independent entity. Even if in the same street, there are unique elements and aspects that impact the sale price accordingly.

Buyers must also be able to gauge the current market sentiment by attending a range of auctions to gain a feel for the level of buyer demand and competition.

Amid a fast moving market, often buyers will have to re-calibrate their plans once they determine the true price points for a desired area or property type.

This can involve pushing further out, to consider alternate suburbs or going back to the bank to secure increased finance.

It’s also worth considering having someone represent you in the auction process, to take out the emotion and ensure the bidding is calculated and strategic.

That can be a trusted family member or colleague, as well as a professional advisor.

A vendor’s objective at auction is naturally to achieve the best price they possibly can.

Vendors realise many buyers assume they will need to add tens of thousands of dollars to the quote range, and therefore view it in that light.

There’s a fear that if a quote range is too high, buyers will simply add in the extra zeros and walk away.

As mentioned, it’s a chicken or egg scenario, which is likely to continue until there is a broader change in policy.

Typically a vendor views the initial quote price as a starting point to gain direct feedback from prospective buyers and gather insight into market sentiment.

From a vendor’s perspective, it’s ultimately their property, and they decide when and for what price they sell.

If market sentiment or market conditions change during the auction campaign, then vendors can shift their price expectations – whether that be up or down.

If they’re not gaining the anticipated feedback they may reduce their price, while if it’s above expectations, it may be increased.

Many agents still live by this mantra today.

Ultimately, the agent is aiming to garner as much interest for a property as possible, so they can maximise direct feedback.

In their view, the best way to do that is to entice large numbers of people through the property, and to make the quote range as attractive to the market as possible.

However, there is a particular balance that needs to come into play. If the quote is too low, it’ll be pitched at the wrong market and potential buyers will be missed, as they won’t have been viewing properties in that price bracket.

In contrast, if the quote is too high, buyers are missed from the opposite end of the spectrum, and vendors become disenchanted that they haven’t received the desired result.

Agents argue that if the sale price does shoot well and truly above the quote range – but the property was declared on the market in line with that range – then that’s market driven.

However, agents do need to be wary, as at some point the sharp rising market will plateau or drop – most likely plateau in Melbourne.

As a result agents and vendors, who pass in a property above a desired quote range will get caught out and may find themselves in trouble.

That’s when the issues underlying the underquoting debate will really be laid bare.

At the end of the day the market determines the true value of a home.

While technical value based on comparative sales plays a part, if demand pushes up the price beyond those expectations – then that is effectively what the property is worth.

As an old valuer mentor of mine once stated, one sale doesn’t make the market.

So just because a home nearby has sold for a particular price, doesn’t mean the house next door will follow suit.

Having said that, there is a need for more defined and tighter regulations surrounding underquoting – so that the rules of the game are known and practiced by buyers, vendors and agents alike.

This will ultimately benefit Melbourne’s property market at large.