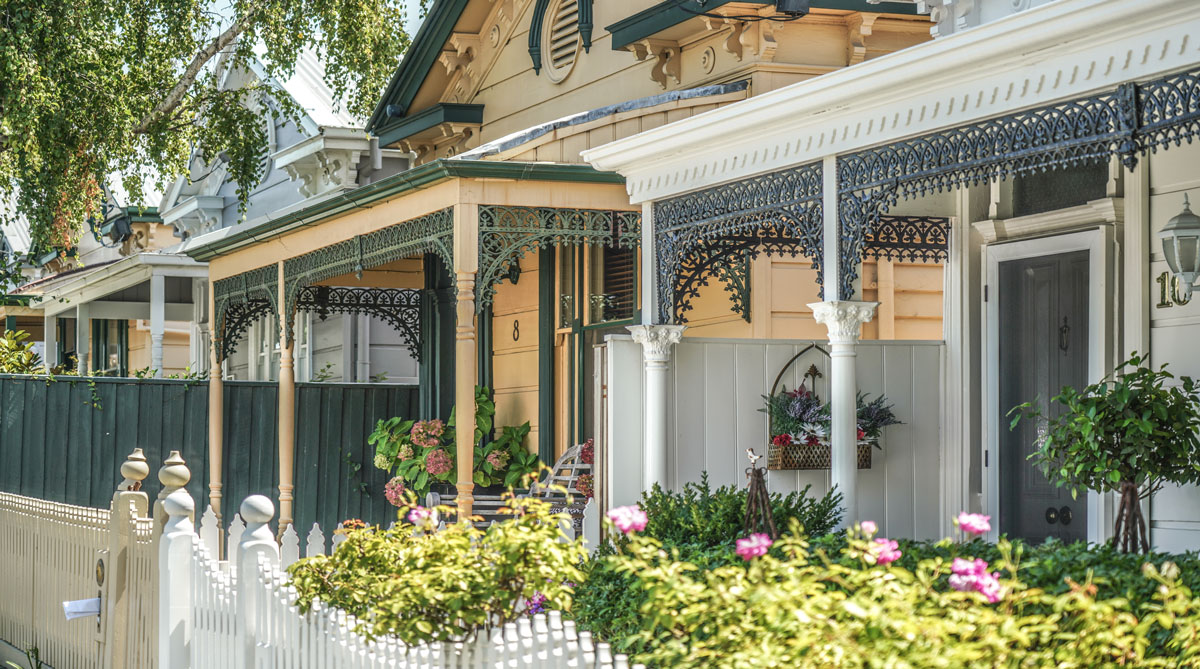 When selecting an investment property it’s critical you understand the characteristics and idiosyncrasies of its particular suburb, and how that plays into broader market expectations and demand.

Purchasing an investment property means focusing on buyer profile preferences, as opposed to an owner-occupier home, which is obviously more focused on your personal taste and criteria.

Each suburb is governed by differing buyer expectations, meaning a dwelling type that may be attractive within inner Melbourne, may be much less so in the middle suburban ring.

It pays to understand buyer expectations for your target suburb to ensure the prospective property investment doesn’t sit afoul and become an albatross around the neck.

Buyers should always be mindful of the surrounding development, and the proximity of the home to buildings and facilities with alternate uses to residential living. These can include retail and industrial complexes, as well as schools and even pubs.

Differing expectations will naturally prevail depending on the particular buyer demographic and suburb.

For example, if you’re looking at purchasing a Melbourne warehouse apartment, it’s highly likely the home will be situated in a light industrial or commercial location. That means more noise and alternate land uses, less greenery, and higher density living.

That’s acceptable in areas like Fitzroy, Collingwood and North Melbourne, which feature highly sought after ex-warehouses, which have been converted into apartments or standalone dwellings.

However, that’s definitely not going to be attractive to buyers looking in the eastern middle ring suburbs of Melbourne, such as Hawthorn and Camberwell, where the expectation is quiet residential streets.

Pubs are another good example of contrasting preferences between suburb types. In a suburb like Fitzroy, as long as you’re not immediately next door to a pub, being within close proximity is considered a plus.

Classic Fitzroy pubs, such as The Rose, The Napier or The Standard have helped shape the suburb’s culture and are seen as a drawcard.

Conversely, people choosing to live in a suburb like Albert Park typically like to have a buffer between their property and busy entertainment areas.

There’s nothing better than seeing row after row of terraced houses in a suburb like North Melbourne, or perhaps California bungalows in Surrey Hills.

While many other suburbs can’t offer that level of consistency, that can actually add to their charm.

Suburbs like Brunswick and Thornbury offer a real mix of housing styles.

It’s not unusual in a suburb like Brunswick to see Victorian cottages mixed in with the odd townhouse or mid-century brick veneer dwelling.

In Thornbury for instance, you’ll regularly see Edwardian single and double fronted homes next door to a 1970s brick veneer home or even villa units

The alternate styles within the overall streetscape add to the charming, eclectic nature of both suburbs.

Conventional thought has long dictated that it’s better to buy brick homes, as opposed to weatherboards.

While that may be the expectation in suburbs like Carlton and Fitzroy, which feature an array of terrace brick homes, weatherboard homes in other suburbs can be highly desirable.

Take for example a suburb like Armadale. While the majority of homes are brick, one of the most sought after streets in the suburb is Cambridge Street, which features 32 single fronted Victorian weatherboard cottages, built in the late 1800s and are almost identical. It’s one of my favourite streets in Melbourne and has been used many times in movie sets due to its unique charm and consistency. From a capital growth perspective, it’s performed extremely well in a suburb that typically favours brick homes.

Hawthorn is another suburb where well presented and maintained weatherboard homes have typically matched their brick cousins in capital growth.

Off-street parking is always a valuable component of a home, but for some properties it’s seen as a necessity, while for others it’s considered more of a luxury.

Apartments are an instance where it is considered a necessity. The higher density living means on-street parking is obviously at a premium, making a dedicated parking space within the property an important feature from a market perspective.

That differs from the single fronted terrace and cottage market, which were often built around the turn of the century, before cars needed to be taken into consideration and as result don’t often feature off-street parking.

Meanwhile, there’s definitely more of an expectation surrounding parking when it comes to family homes in the middle suburban ring, which typically have more land.

Clearly, the noise and congestion surrounding main road living is something that most people would prefer to avoid.

That’s changed since pre-automobile days when it was seen as prestigious to live on a main road, in order to demonstrate wealth and status by displaying a large well kept home on a busy thoroughfare.

Having said that, there are still some locations where living on a main road is considered an attractive option.

This includes Glenferrie Road, on Scotch Hill in Glenferrie Road in Hawthorn, which features highly sought after properties with strong land and heritage values, whilst still being located on a busy road.

Another example is Royal Parade in Parkville, which features an array of high quality art deco apartment buildings that have retained many of their period features. Having Princess Park opposite also provides a great open space for residents to enjoy.

Like busy main roads, homes near railways can be noisy and therefore less desirable from a buyer’s perspective.

A major exception is Bellair Street in Kensington, which runs along the train line. The consistent brick terrace house streetscape is incredibly sought after by locals in the know, even if first time visitors may be put off.

It’s important to understand the basic characteristics and guiding rules when it comes to suburb specific buyer expectations.

However, like all good rules, they can be broken once you understand the fundamentals – thus enabling you to spot good value and growth that may run counter to more conventional thinking.

Knowledge, research and time will help ensure your next Melbourne property investment is in high demand and achieves strong capital growth when it eventually comes time to sell.