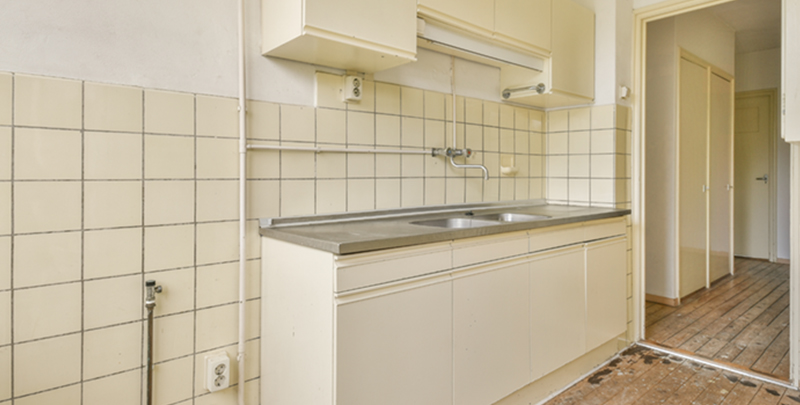 Melbourne apartments: under vs over capitalising

With an influx of modern apartments onto Melbourne’s property market in recent years, livability expectations for both buyers and renters has increased significantly.

That means owners must ensure they keep pace and upgrade their apartments in line with evolving market expectations – whether they are planning to sell or rent out.

However, it’s important to get the balance right. Too much money spent on the wrong apartment can lead to over capitalisation, while not enough can result in under capitalisation.

From an apartment perspective, we tend to see most people find themselves in an under capitalised scenario, borne out of a fear of over capitalising.

However, there are also occasions when time, money and resources are dedicated to improvements that don’t return value, and can actually devalue a property.

Let’s run through some of the major issues on both sides of the ledger.

Under capitalising in an apartment risks a significant reduction in capital growth and rental value potential.

With so much choice in the apartment market – combined with newer apartments boosting buyer and renter livability expectations – under capitalising in an older style property can be detrimental.

Market expectations have shifted significantly over the decades, particularly if an apartment was built between the 1930s through to early 1970s.

As such, it’s very common now for those types of apartments to have fallen into a state of under capitalisation. The market is less likely to accept kitchens and bathrooms that are now 50 years old.

People have been spoilt for choice with the accommodation that new apartments provide, and those expectations have flowed through to the more established sector of the market.

That’s especially true of renters, who have always had a focus on improvements, such as kitchens, bathrooms, and appliances.

Apartments that are under capitalised also risk longer vacancy rates.

Twenty years ago, when considering an apartment that was around 30 years old, the major expectation was that the bedrooms would have built-in robes. Beyond that, features such as internal laundry facilities, as well as heating and cooling were nice to have, but weren’t a deal breaker.

Fast forward 20 years and increased market expectations mean those same features are now a must have for a growing numbers of renters.

Under captialsing in an apartment can also result in increased maintenance time and costs, particularly from a rental perspective.

Renters living in properties that have not been upgraded or maintained are likely to make regular and very reasonable requests to fix different elements of the property – anything from a leaky tap, to faulty wiring.

Rather than being once every so often, the complaints will be on a semi, if not regular basis, which wastes time, money and resources.

From a sales point of view, the cost and time it takes to engage tradespeople since COVID-19 has meant many buyers are less willing to purchase a property that needs renovations or significant maintenance. People are increasingly preferencing a property that they can either rent out or move into straight away.

For example, a two bedroom, well sized, perfectly maintained 1950s retro apartment in Armadale that hasn’t been significantly upgraded, is unlikely to meet market expectations, and thus be considered under capitalised.

However, if that same apartment was available in a suburb like Bruwnswick, there would be a lineup halfway down the block – from both a rental and buyer perspective.

That’s because in the Brunswick market, there’s an absolute desire and demand for that type of retro fit out, as opposed to the more conventional and conservative tastes in a suburb like Armadale.

While it’s more difficult to over capitalise in the apartment market, there are still risks that should be avoided.

Again, local market expectations are key. Spending $20,000 on new appliances for a standard two bedroom apartment is not going to result in a major lift in sales price.

The target market for that type of property is likely to be a first home buyer or investor, who won’t appreciate, nor pay extra for an apartment with brand new, high end appliances.

However, if we’re talking about an apartment in an upscale penthouse, pitched at wealthy retiree downsizers. Then they are much more likely to pay more for a property with the latest mod-cons and appliances.

Ill-fitting structural changes can be a waste of money, and at worse devalue a property.

For example, significantly changing the floor plan to squeeze in an extra bedroom, may look good in the property advertisement, but if it results in an undersized living space, it’s not going to attract strong interest from buyers or renters.

Stay tuned for our next blog, where we will explore exactly how to strike that right balance between under and over capitalisation. And outline the specific type of upgrades and improvements that can actually add value to an apartment.