Paul Nugent, our director, colleague and friend, sadly passed away on Monday, 19 November 2018.

Paul’s earliest lesson in property was that asset selection should be the primary goal,
as it doesn’t matter how well you negotiate a price, if it’s the wrong asset, it’s a backward step.

Paul was unapologetic in expecting the Wakelin Property Advisory team to undertake a robust due diligence on every property they assessed and to always be careful in the selection process. He also actively mentored the team on the art of negotiation, sharing the experience of a broad and rich property vocation.

Paul’s career began in urban and town planning in 1985. From there he worked for a building company before becoming a property consultant in the late 1980s.

He spent many years in real estate roles before coming to Wakelin Property Advisory in 1999. His 30-year career saw him work across many different areas, gathering a breadth of knowledge of the real estate industry uncommon to most property practitioners.

Becoming a director in 2002, Paul’s management and strategic skills were a significant factor in the company’s evolution from young start-up to industry leader.

We called Paul ‘The Oracle’. We shall miss his wisdom and knowledge of property, as well as his humour and kindness. 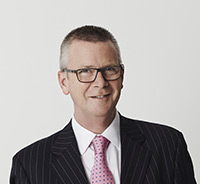