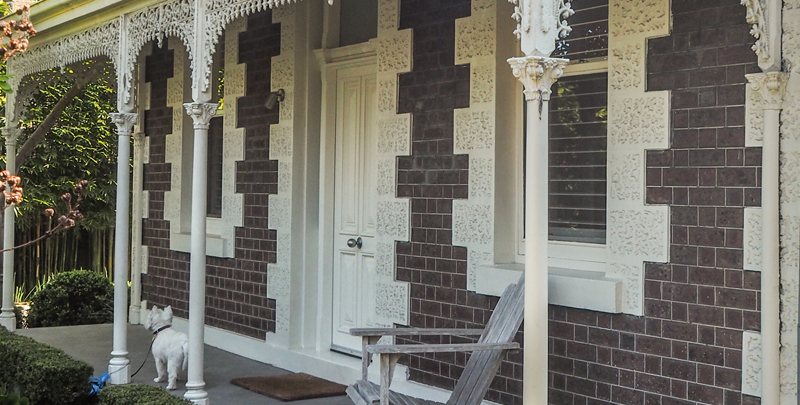 Between them, Wakelin Property Advisory Founder, Richard Wakelin and Director, Jarrod McCabe have purchased hundreds upon hundreds of Melbourne homes over the decades.

All have been bought with long term capital growth in mind, but which ones stand out as their best performers?

Let’s take a trip down memory lane and look at their best career purchases, from both a house and unit perspective.

I had to extend my budget by $5000, which ended up being the difference between securing and missing out on the property. While that doesn’t sound like a lot of money by today’s standards, borrowing money was actually a very expensive process at that point in time, with market conditions in the 1980s significantly different from those of today.

We had extraordinarily high interest rates. The cash rate between 1984 and 1991 never dropped below 10 per cent and by 1989 interest rates were just short of 20 per cent.

There were also some fairly onerous law and tax changes in the form of the introduction of capital gains and changes to negative gearing.

The property was bought at auction, but not by myself actually. I’m a great believer in having a third party bid for you, because it helps keep the emotional element out of the process.

The purchase was a nerve wracking experience that took me out of my comfort zone, and required a degree of courage. However I’m so glad I followed through, as the purchase provided a springboard for the rest of my property investment career. As an asset it achieved stellar growth in the years to come.

“This was a property I bought for a client. The market at that point in time was certainly not as strong as it is at the end of 2021, but there was still a lot of positivity around. The home featured two bedrooms with a larger than average frontage for a typical terrace house. The extra land size made it particularly attractive from a scarcity perspective.

It had been renovated 25 to 30 years prior, to centralise the bathroom and open up the living area at the back. The property was very tenantable in its current condition, but certainly offered scope to add value down the track, which made it a great prospect as an investment property.

The property felt a little dated and wasn’t presented ideally with sub-par advertising photos, which was one of the reasons we focussed on it.

It was a very interesting auction. The agent called for an opening vendor bid of $900,000 – not unreasonable given the quote. However, after a minute or two they had a half time break because there were absolutely no takers.

After they reconvened someone put forward a bid of $910,000, upon which we became involved. Bidding continued, but slowly and tentatively. Eventually we were holding the bidding at $950,000, although the property was still not on the market. The property was then passed-in to us.

Having a property passed-in at such great value can actually make it quite awkward from a negotiating perspective, because you’re trying to look the agent in the eye and tell him that $950,000 is too much money, when in actual fact it’s clearly not.

In this case our clients were giving us instructions to jump in and buy the property at the reserve of around $1 million. However, we convinced them to allow us to continue the negotiations and after a bit of back and forth, we managed to secure the home for $980,000, which was an unbelievable price.

That property today would be worth around $1.6 to $1.7 million dollars.”

“This was an unusual unit as it had two sizable courtyard gardens, which provided a great point of difference within the market. The unit also featured a huge living room and a good sized bedroom. The property was on a great street in a well maintained complex.

Apartments have so many different variables. Not only is it about the location and understanding the value of the land component that the block of flats units sit on. It’s  also important to understand the aspect, the floor plan, the title and parking, among other factors.

There is good value in buying a unit, particularly if you’re building a property portfolio over a passage of time, as I have done personally.

It’s important to include units and also some houses and to make sure you have a good geographical spread of property as you grow your portfolio.

It’s also vital to realise that time is irreplaceable and the earlier you start the better. The name of the game is to build equity through capital growth. Rental yields, while a secondary factor, are also important to secure an income stream.

Like my first purchase in the early 1980s, market conditions in the early 1990s were also challenging. For almost half of that decade sentiment in the property market was hugely negative, combined with extremely high interest rates. Again, you had to have some courage in those times.

It shows the importance of being able to manage debt and not following a herd mentality. Eventually in 1996 interest rates decreased and the market began to turn around. There was a lot of pent up demand and by the early start of 1997 the market took off like a rocket.

It goes to show that in order to be successful at property investment, you need to be able to ignore negative, commentary, sentiment and headlines.”

“Again, we purchased this property for a client looking for a strong investment property. From our perspective, it was actually a reasonably large development, with more than 20 apartments in the complex sitting on over 2500 square metres of land. That’s an extremely valuable parcel of land for the inner south eastern suburbs of Melbourne, particularly when we are starting to see developers coming forward to try and buy out whole apartment blocks, because that’s the easiest access to affordable land.

As with all apartments, positioning in the block is really important and this was in a great location. It was elevated on the first floor, and because it’s on such a large parcel of land, there’s a very nice central garden, which the apartment block is based around.

The kitchen and bathroom had been upgraded and were well presented internally, however like the previous property the photos were not optimal. The photos that were used for the campaign were previous shots used for a tenancy campaign, meaning the property was vacant and not styled. They were dark and didn’t maximise the light, as well as focusing on poor aspects of the property. Unless you visited in person to inspect the property, it wasn’t all that enticing.

To top it all off, the property had since become tenanted with around six months still remaining on the lease, which put off a lot of owner occupiers, who would have been keen to move in straight away.

The property was quoted at $550,000 to $565,000. The auctioneer called for an opening bid of $520,000, which was quite a bit below the quote range. The auctioneer declared there would be no vendor bids from that point, so I jumped in and put in my first bid. There wasn’t a huge crowd because of the presentation issues and the property received no further bids.

From a vendor perspective, this is an important example in why engaging a good agent and auctioneer is so crucial. On this occasion the auctioneer was in a rush to leave and seemed to have little interest in getting the best result for his client, and instead was after a quick sale.

The last sale in that block, which was an identical floor plan in a very similar condition to ours, was in early 2020, just before COVID-19 hit. The apartment sold at around $850,000 then, and would be worth considerably more now at the end of 2021.”

Purchasing property is like any activity, the more research, resources and time you dedicate to the pursuit, the more skilled you will become.

Cultivating an independent perspective that can look past trends and negative sentiment to spot enduring value is a skill that takes time, but will yield rich rewards in return.

We wish you well in your property investment journey in the year ahead and beyond.