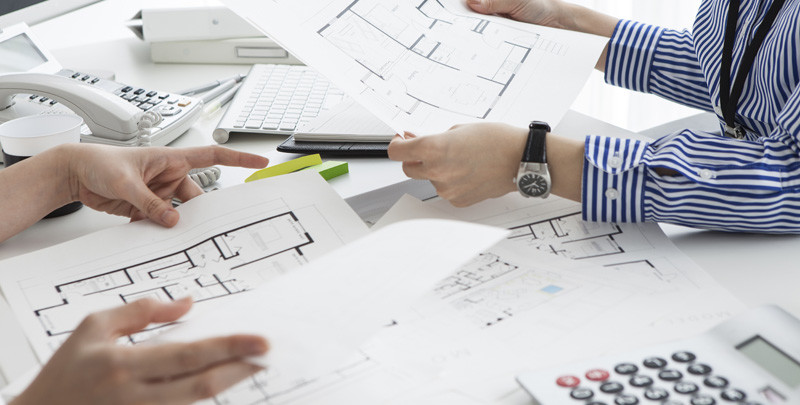 A functional and aesthetically pleasing floor plan is a key attribute of a high growth property asset.

When buying a home personal preference obviously plays a major role on the desirability of a particular floor plan.

Some people prefer open plan living, while others prefer more segmentation. Some prefer a bathroom for every resident in the home, while others are fine with a more shared arrangement.

On the other hand, when buying an investment property, as is always the case, it’s less about the preferences of the purchaser and more about market expectations.

For this reason, it’s vital to understand the type of floor plan you’re purchasing, and how it rates within the buying market more broadly.

Art deco apartments usually have a nice entrance hall when you open the front door and rooms that lead off the hallway.

Another common feature is that the master bedroom is usually oversized and the second bedroom undersized.

The segmented nature of art deco apartments contrasts to the open living arrangements many modern buyers prefer, and attempted renovations to make them so, often don’t work well given the limited space.

Mid-century apartments commonly have an entrance hall, with some of the more entry level dwellings having the direct entrance into the lounge room.

The ceiling heights in mid-century apartments are quite high, but not at the same level as art deco apartments, and they also don’t usually have decorative features.

The other key difference is that bedrooms are generally more balanced and similar in size, as opposed to having one oversized large master bedroom.

Mid-century apartments also quite regularly have balconies, which is a major plus for many potential buyers.

Many mid-century apartment developments often didn’t take orientation and aspect into consideration within the original design.

Quite regularly, you’ll see balconies and kitchen living zones facing south, and as a result missing out on the natural light from the north.

There are typically two distinct types of villa units.

The first being the entry level, which were constructed around the same time as mid-century apartments. These typically don’t have an entry hall, but open directly into the lounge room.

Courtyards in entry level villa units are often limited, quite often being just a strip of land at the rear of the unit.

Most of the rooms within the property lead directly off the central living zone, with bedrooms opening into the living area, kitchen and bathroom as well. They’re typically best to avoid.

On the other hand, the higher quality villa units, typically built during the 60s and 70s, usually have a nice entry hallway and rooms that typically lead off that.

The rooms are more spacious and have good separation around the unit, as a result of the hallway.

The larger villa apartments also create an opportunity to renovate and transform the unit into an open plan living arrangement.

There are typically two types of house to consider from an investment perspective.

The first being the terrace house or single fronted cottage, the other being the semi detached duplex.

It’s important when considering these houses, to understand the fundamental design of the house when it was originally constructed.

In regards to a single fronted cottage, they were constructed with the hallway on the side of the house, with two to three rooms leading off to one side.

The kitchen is typically positioned at the rear, with a washroom behind that and an externally accessed toilet.

Obviously over the years these houses have been renovated in various forms. Often bathrooms have been brought inside the house, and in more recent times, centralised.

Living rooms have often been opened up and made larger, and potentially had open plan living arrangements created in conjunction with the kitchen.

In some instances first floor extensions have been added to maximise space, while retaining outdoor areas as well.

The duplex is a semi detached house, meaning it has one party wall. They were usually built on a much larger plot of land than the single fronted cottages and typically have a driveway down one side and a garage or shed at the rear.

Access to the dwelling is usually either at the front, or sometimes down the driveway into the front door.

They usually have two good sized bedrooms and a formal lounge/dining room, which is connected with decorative doors.

Typically the kitchen and bathroom are located towards the back of the house, with a good sized yard at the rear.

A lot of these homes have also been renovated over the years. The more modern renovations have tended to be far more conscious of orientation and creating natural light, and they’ve usually had an architect involved to maximise those attributes.

Often kitchen living areas have been moved, and if it’s not done appropriately, then they can become a thoroughfare; particularly to bathrooms if they’re still at the rear of a dwelling. This can take away from the natural flow of the property.

Other times light wells in the centre of the home have been removed, which creates issues with light and airflow for central bedrooms.

A common modification issue is when an extra bedroom is added to a property. If the living space is not large enough to accommodate the extra residents, the property can very quickly and easily become unbalanced.

If extra bedrooms are added for more occupants to reside in the home, extra living space is also required.

As always, each property purchase needs to be considered on its individual merits. The floor plan being just one component of overall buying considerations.

Having said that, it’s vital to know the appropriate or expected floor plan for the particular type of property you are considering purchasing.

This will better enable you to judge their inherent pros and cons, as well as future potential.