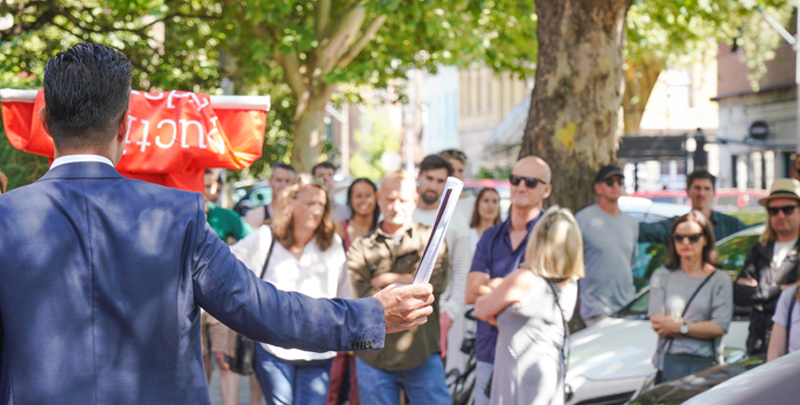 For those not working in the real estate industry everyday, the jargon can often be a little confusing.

Some terminology can be dry and administrative in nature, while other phrases – particularly those used by agents can be a little less factual, albeit amusing.

Regardless of its entertainment value, when you’re moving in the property investment world, it pays to know the terminology and phrases of those you’re dealing with.

Understanding the key industry lingo not only helps you in your search and negotiation for a property, but also demonstrates that you’re knowledgeable and can’t be hoodwinked.

So let’s take a look at some of the most useful terms to help you in your property investment journey.

Buyers Agent/Buyers Advocate: These are licensed professionals, who are experts in searching, locating, evaluating and negotiating the purchase of property on behalf of buyers. This is our speciality at Wakelin Property Advisory.

Bridging finance: Typically a short term loan that’s taken out to bridge the gap between a longer term loan that will be taken in the future. It’s usually used when someone is looking to buy and sell at the same time, and there might be a little bit of a gap between when the settlement date is on each of those two transactions.

Caveat: Typically a notice that’s registered on a certificate of title, so that certain actions with the property cannot be taken without informing the party that put the notice onto the title. A caveat is usually associated with family law or with a significant purchase, to ensure nothing can happen, such as mortgages taken out on that property, unless the person that enacted the caveat is notified.

Capital gains tax: This is paid on any profit that’s made on a property that is not your principal place of residence. This includes investment properties, offices and holiday homes. This is calculated on 50 per cent of the profit that’s been made and is then dependent upon your income tax bracket.

Conveyancer: This is a licensed professional that oversees the legal transfer of a property from a vendor to a buyer. It’s quite often a solicitor, but it doesn’t have to be. Often there’s members of staff at solicitor offices that will carry out the bulk of the conveyancing work. There are also dedicated conveyancing companies that work in the space.

A cooling off period: This is the three business day period that occurs after the signing of a contract of sale, where a buyer can withdraw from the property contract without any legal repercussions. In Victoria, there’s usually a cost incurred of around $100 or 0.2% of the purchase price, whichever is greater. While a buyer is entitled to a cooling off period if they are buying via private sale, at auction there is no cooling off period. That’s also the case if a property is purchased three days before or after the auction date.

Disbursements: This usually comes up when paying conveyancing costs, and is typically a payment of money that’s made by a third party. For example to a solicitor who has carried out a title search. This will be passed on to the vendor or the buyer, depending upon who has commissioned it.

Equity: This is the difference in the value of the property versus the debt owed on a mortgage.

Expression of interest (EOI): This is a method of sale, typically of private sale rather than an auction. It usually includes a set date where an offer needs to be made, so sometimes it can be referred to as a sale by set date. Differing agencies will handle EOIs differently. Sometimes EOIs will be on a contract of sale. Other times there’ll be a specific form that needs to be completed, while other times an agent may just request an email with the details of an offer. The vendor will then make a decision on the offer. Quite often it won’t end up being your final offer. Often you’ll get second or third options to increase it. However, it is advisable to gain clarity around that before you get to that conclusion date, so there is no confusion about where your offer sits in relation to the competition.

Guarantor: This is a person who agrees to pay a borrower’s debt if they default on their mortgage obligations. This often tends to be parents helping children enter the property market.

Lenders mortgage insurance (LMI): This is insurance taken out by the bank to protect itself against the risk of lending above a certain amount, usually about 80 per cent loan to value ratio (LVR) to a borrower. This is quite often passed on to the borrower to cover the insurance cost.

Negative gearing: This is a term commonly associated with property investment. So gearing itself is a form of leverage where an investor borrows money to purchase a property. Negative gearing occurs when the cost of owning an investment property exceeds the rental return that you receive. Conversely, a property is positively geared, if the rental income covers the cost of owning it. If it covers it exactly, then the property is neutrally geared.

OFP: This stands for open fireplace, and can be seen on floor plans or in the text around a description of a property for sale.

ROW: This can be seen in a number of floor plans and ad copy; and stands for right of way. This is the legal right of access to a property. It’s quite common in inner city Melbourne’s rear laneways and around terrace homes in the inner inner suburbs.

Stamp duty: This is a state or territory government tax, which is levied on a property purchaser. It’s payable, not just on property, but also on cars and a range of other purchases.

STCA: This stands for subject to council approval, and it’s quite often listed after suggested modifications that could potentially be carried out on the property. Some of the suggestions may include redeveloping the property to build townhouses, knocking down an existing house, or renovating it. However, as the suggestions are STCA, you will need to seek approval from the local council beforehand.

Under bidder: This is a person, who’s been unsuccessful at an auction, and has come in second place to the eventual purchaser. No one likes to be an under bidder, but it’s a fact of life when competing for popular properties.

Vendor bid: This is typically to set a baseline at an auction, indicating where the vendor would like bidding to start from. This shows buyers that offers below, won’t be seriously considered by the vendor.

Now let’s look at some agent’s phrases that often get a bit of a chuckle around the Wakelin office.

City glimpses usually means, if you stand on one leg, hop and tilt your head on a 45 degree angle, then squint – you might see the city in the far off distance. It’s not a good sign that you’re going to have stunning views, if that’s what you’re looking for.

When a property or a room is referred to as being cosy, it typically means that it’s tiny. Definitely not one to consider if storage space is a priority.

Functional typically means something is in less than ideal condition. You might be able to get some running water out of a tap, but generally if it’s described as functional, it’s in pretty bad or basic condition. Usually a significant amount of work needs to be done to get it into good condition. Renovators delight is another similar phrase used by agents.

Another cheeky one is when a buyer asks an agent at an auction if the property is on the market, to which the response is – ‘If you give me another bid I’ll tell you.’ More often than not, it means it’s not even close, with the agent simply trying to extract another bid from the buyer.

Agents can often tell a prospective buyer that ‘we’ve just received an offer.’ It’s often said in a private sale or in the lead up to an auction. It’s typically a tactic to cause some chaos and create a bit of fear of missing out for a buyer. Just because they’ve received an offer doesn’t mean that it’s necessarily going to be at an acceptable level. So it requires a bit more pushing and pressing to determine whether or not you do need to move quickly or whether the agent is just trying to gauge interest in the property.

‘A versatile floor plan,’ usually means it basically needs to be scrapped and started again. That it’s not going to work for any number of different uses. So don’t expect something conventional.

‘We’re very close to the vendor’s reserve’ is often announced at an auction by an agent to try and manufacture some momentum, when in reality bidding is a long way off the vendor’s expectations.

The last one which our founder, Richard Wakelin put forward, is when an agent describes a property as ‘the worst house on the best street.’ While this can sometimes honestly refer to true hidden value, often it’s been described as the worst house on the street for a valid reason. This might be because it’s an awkward shaped block, the housing style is not in keeping with the rest of the street, it’s been badly modified, or is the only home on a busy main road corner.